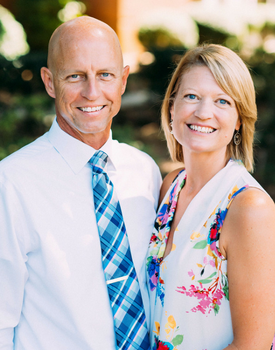 Tim and Connie have been houseparents at Ben Lippen since the fall of 2014. Before coming to Ben Lippen, they both served at Joy Ranch Children’s Home in Virginia. They are the parents to seven children and grandparents to six. Connie attended Columbia International University and studied Bible and Bible Teaching. Tim earned both a B.S. in Business and an M.B.A. from Liberty University in Lynchburg, Virginia. 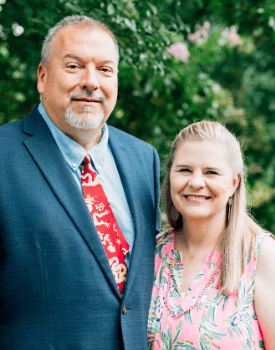 Steve and Patty Sark came to Ben Lippen in 2015 when Steve accepted the position of International Student Program Director.  Patty has taught Pre-K4 at Ben Lippen since 2020.  Steve and Patty met while studying at Liberty University in 1989 and were married in 1995.  They both hold bachelor’s degrees from Liberty and Steve received his master’s degree in TESOL from Columbia International University in 1991.  Before coming to Ben Lippen, the Sarks worked in China for 22 years in a variety of teaching roles in Tianjin, Shenyang, Kunming, and Shangri-la.  They have four children:  Josiah, Emily, Jacob, and Sarah; the three oldest graduated from Ben Lippen and Sarah is currently a student in the upper school.