Coach Bill Currier was honored as one of the Inaugural Ben Lippen Athletics Hall of Fame members. Please enjoy the video below from the Hall of Fame luncheon honoring the inaugural class of 2021. 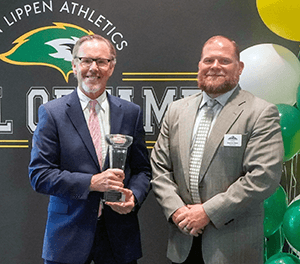 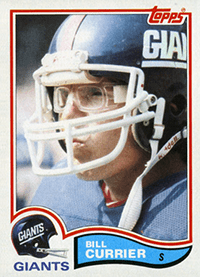 Currier said that he got serious about his faith when he became a Gamecock. “I met a lot of good people when I got to South Carolina that impacted my life as a Christian,” he said. “I wasn’t really that involved in Christianity when I got here, but I met so many good Christian men that were models for me. That’s the biggest thing I got out of my college career – the example of a good Christian man and how to live your life.”

From 1989 to 2012, Coach Currier was Ben Lippen’s full-time Athletic Director, following the legendary interim A.D. Bob Hathaway. Currier was asked about some of his favorite memories from his time at Ben Lippen. He said, “During the early years, we had so many kids that would not have been able to compete in the public schools that they were zoned for. It was very rewarding to see them get a chance to not only be on a team but to have a chance to start.” 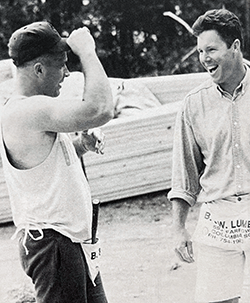 For twelve years, Christy Lambert was Currier’s assistant at Ben Lippen. She said that even though he had played football at the highest levels, he was willing to pitch in and do whatever was necessary to make the athletics program run smoothly. She witnessed him picking up trash after games, restocking concession stands, and even cleaning bathrooms.

“Bill Currier was, in short, a servant leader. Bill invested in the lives of the athletes and coaches in more ways than can be counted in his 22 years here,” Lambert said. “Ben Lippen is better because of Bill Currier’s influence and touch.”

Currier is married to Katie, and they have three daughters, Janna, Alli, and Samantha, all of whom are Ben Lippen graduates. They also have nine grandchildren.