Samkon “Sam” Gado, Class of 2001, was honored as one of the Inaugural Ben Lippen Athletics Hall of Fame members. Please enjoy the video below from the Hall of Fame luncheon honoring the inaugural class of 2021.

Sam played football for Ben Lippen from 1998 to 2001 and was a natural talent. He was named a captain during his sophomore year but broke his leg during a game against Asheville School at the beginning of the season. With a strong desire to get back on the field, Sam devoted the next eight weeks to conditioning and rehabilitation and was able to get back on the field four weeks earlier than expected. He credits this time away from playing as a wake-up call from God. He returned to face Hammond where his play as free safety helped the Falcons defeat the Skyhawks 27-7, after a huge loss to them just weeks earlier. Over the next two years, Sam posted ten games of 200 plus rushing yards. As a senior, he rushed for 2,007 yards and 26 touchdowns on 207 carries. During these years, he was also named to All-Area, All-Region, and All-State teams. 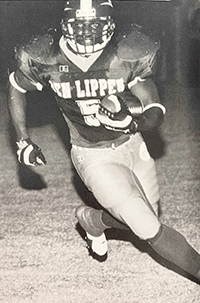 Following his graduation from Ben Lippen, Sam played football at Liberty University from 2001 to 2005. He then went on to play in the NFL from 2005 to 2009, with the Kansas City Chiefs, Green Bay Packers, Houston Texans, Miami Dolphins, and St. Louis Rams. He was named the NFC Offensive Rookie of the Week twice and NFL Offensive Rookie of the Month in November 2005.

Sam says of his time at Ben Lippen, “It changed everything for me. The Lord used my involvement in Ben Lippen Athletics to show me only He was capable of bringing about any desirable end in my life. Any pursuit on my own would be fruitless. Knowing this gave me the God-confidence to pursue endeavors beyond my natural ability.” 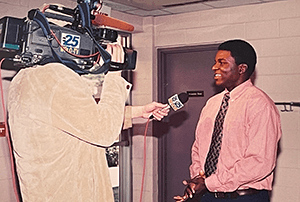 Coach Simpson, Coach Hardy, and Coach Williams made a tremendous difference in Sam’s life, but he says that the biggest impact that was made on him during his time at Ben Lippen was by his trainer, friend, and mentor, Randy Geib.

“As I look back on where the Lord has brought me so far, the magnitude of the impact of my time at Ben Lippen continues to grow,” Gado said. “I see the Lord’s hand using Ben Lippen to mold me for the work He’d have for me moving forward. At this time, I shudder at where I would be had my path taken a different route.” 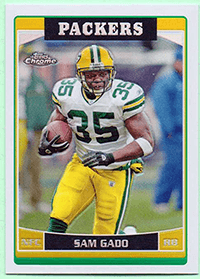 When his time in the NFL ended, Sam enrolled in medical school to pursue his dream of becoming a doctor. He is now a surgeon in Lynchburg, Virginia. He and his sister Ruth Gado Coleman ’00 started a non-profit called the Jonah Inheritance, whose goal is to provide opportunities and resources for African doctors to serve at all levels of healthcare. He hopes to one day return to his native Nigeria to work as a surgeon.

Gado is husband to Rachel, and they have 4 adorable sons named Judah, Nathaniel, Raphael, and David.