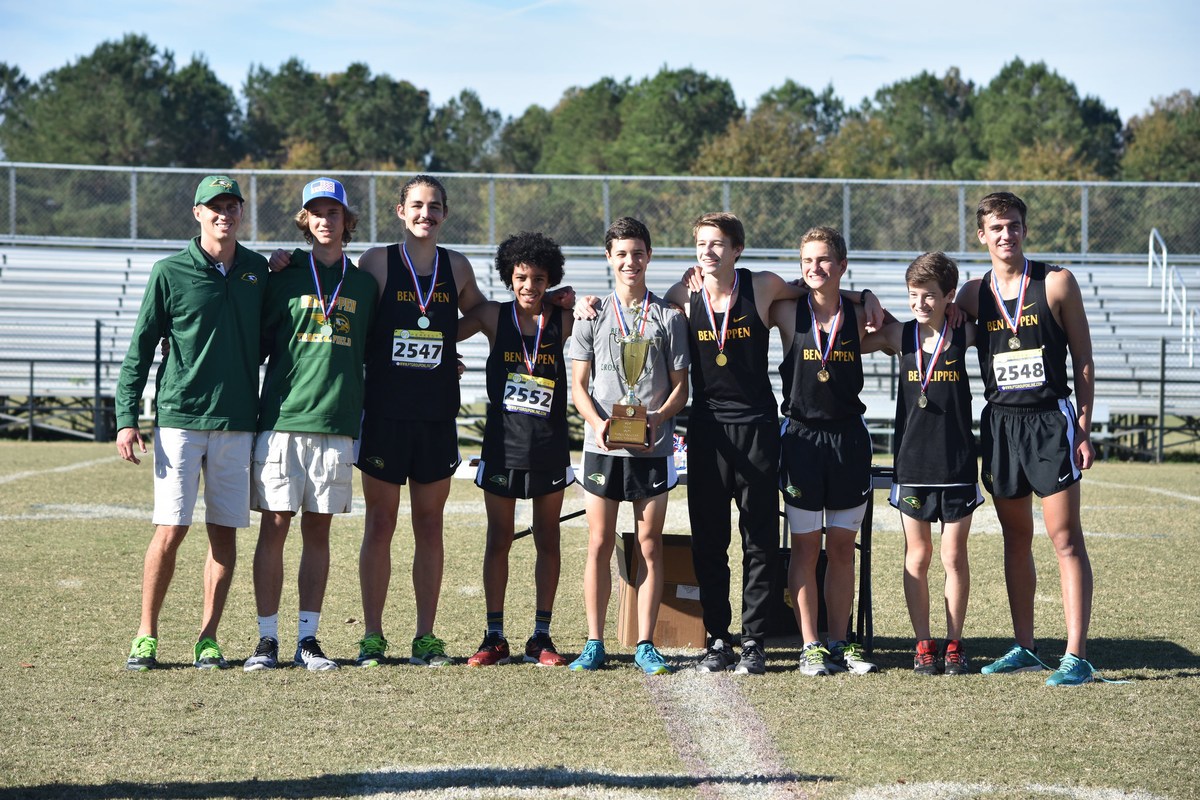 On June 1, Coach Thomas Fisher looked out on the prospective cross country team that arrived to the first voluntary summer practice of the season. It was hot, approximately 90 degrees, and they didn’t have to be there, but they were. After all, championships aren’t won in October; they are won in the summer. It was then, at 7 a.m. during that famous Columbia heat, that Coach Fisher decided that 2017 was the year Ben Lippen Boys Cross Country would do exactly that: win a championship. Five months later and 22 miles away at Heathwood Hall on October 28, they pulled it off.

After their impressive victory at the SCISA 3A Region Meet, the Falcons were favorites coming into the State Meet, but winning would not be an easy feat. Camden Abrams finished first on the team and fourth overall, running his personal best of 17:33 and paving the way for the Falcons victory. Senior runner George Baumgartner refused to be beaten in his final meet and finished ninth overall, closely followed by teammates Mason Harmon (10th, 17:48) and Henry Long (11th, 17:50). At this point, the race was still a toss-up between Cardinal Newman and the Falcons of Ben Lippen. The scales tipped when Samari Van Horn ran a 50-second personal best, and passed three Cardinal Newman runners in the final 1/2 mile to secure the Falcons’ win. Joshua Gilliam (18:44) and Allen Foy (19:18) finished sixth and seventh on the team and all seven runners clocked personal bests. This was the 12th Cross Country championship for the Falcons and ends an 11-year drought for the team.

Photos from the State Championship can be viewed on our Flickr site at https://www.flickr.com/photos/benlippenschool/albums/72157665664739359 courtesy of Ben Lippen mom Julia Cagle.