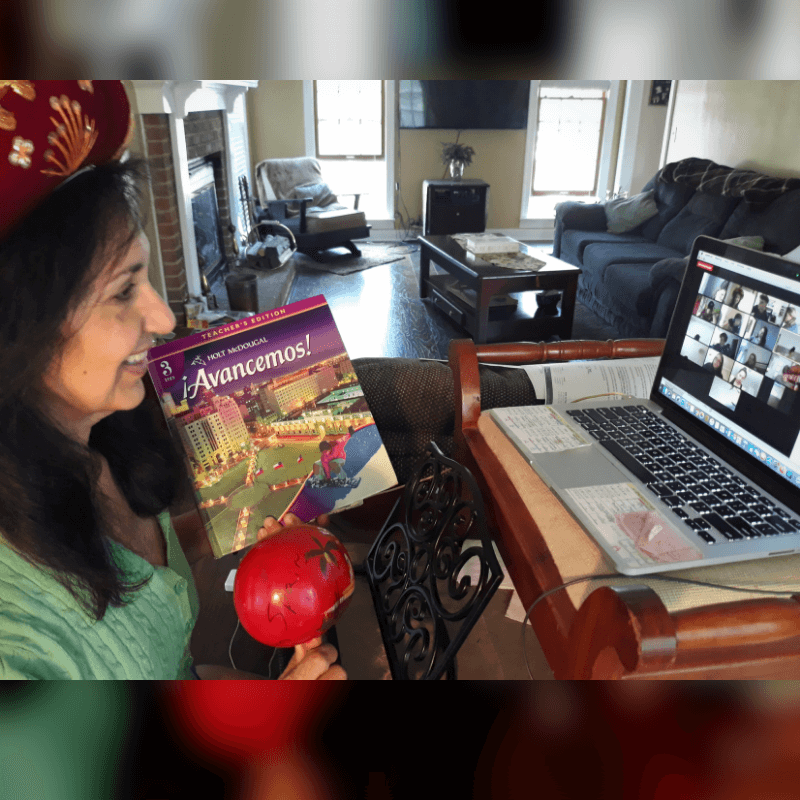 Señora Gonzalez and her Spanish students have been going strong during Digital Learning Days. Sra. Gonzalez starts class with bells ringing and a Spanish greeting, maracas in one hand and her Spanish book in the other while wearing her Mexican hat! Olé! Did you know that Spanish is the second most spoken language in the United States? Did you know that each of our Spanish II & III students submits 8 videos a year using the Spanish language? Our students are proving their proficiency this week with a final video project called “Hola & Adiós.” What’s the project? To speak consistently for 2-3 minutes about themselves in Spanish…without notes. WHAT a PROJECT! Not only are our Spanish students meeting this challenge but they are SUPERCEDING IT!!! GRACIAS ESTUDIANTES!!! MUY BIEN!!!!

Many of our graduates have continued their love of Spanish. Some majoring and minoring in Spanish, many have “clepped” out of Spanish classes their freshman year of college (which translates to thousands in combined savings).  Others have continued to use their Spanish on mission trips, local ministries, career preparation and job placement.  Also, students pursuing careers in medical and legal fields are finding their studies with Latin terminology simpler due to the Spanish they’ve learned.   There are great benefits to speaking Spanish. We are so proud of our students and their continued desire for EXCELLENCE!