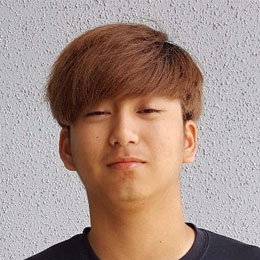 Eddy Kung came to Ben Lippen in 2014 as a sophomore. He is originally from the city of Jiayi in Taiwan. Eddy says that the best thing about Jiayi is the delicious food and how inexpensive it is there. Eddy has a younger sister who is attending high school in northern California. Both of Eddy’s parents are doctors in Taiwan specializing in general family care.

Eddy started playing baseball when he was in the 5th grade in Taiwan. His mom signed him up for a team that would practice and play on Sunday afternoons. From that time forward, he was hooked! Eddy played on the JV team during his first year at Ben Lippen and this year on the varsity team as a senior. The highlight of his baseball career was, as a sophomore, pitching a complete game shut-out with 11 strike-outs against the PAC JV team.

During his time at Ben Lippen, Eddy has been greatly impacted by Miss Cari Walsh, Coach Jay Brannon and Mr. Joel Benefield. These three teachers have shown extraordinary care to Eddy as a student and provided help with his classes even after school. Eddy says that it is the kindness of the teachers at Ben Lippen that has impressed him the most.

Eddy will graduate later this month and move to Boston where he will study at Bunker Hill Community College for two years before transferring to a four-year university. His plans for the future include possibly managing a nursing and retirement facility with which his family has connections. But his real passion is cars and his dream is to open a business that specializes in importing American and European automobiles into Taiwan.