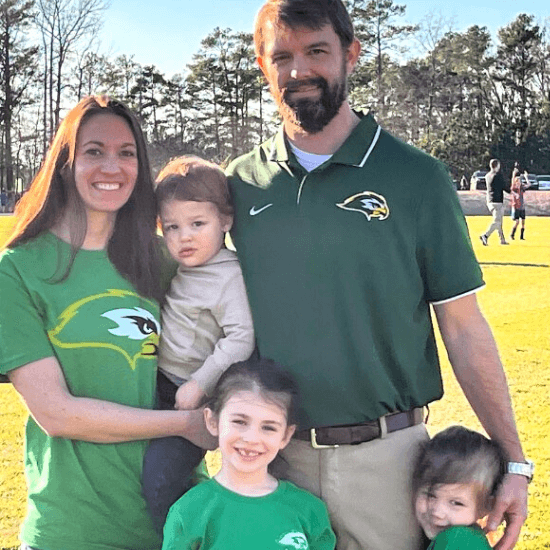 Coach Weigle comes to Ben Lippen having just finished his third season coaching the other Falcons – the A.C. Flora Falcons – where the team garnered a record of 28-4 during his tenure as defensive coordinator. Now, he moves across town to again coach the Falcons — the Ben Lippen Falcons.