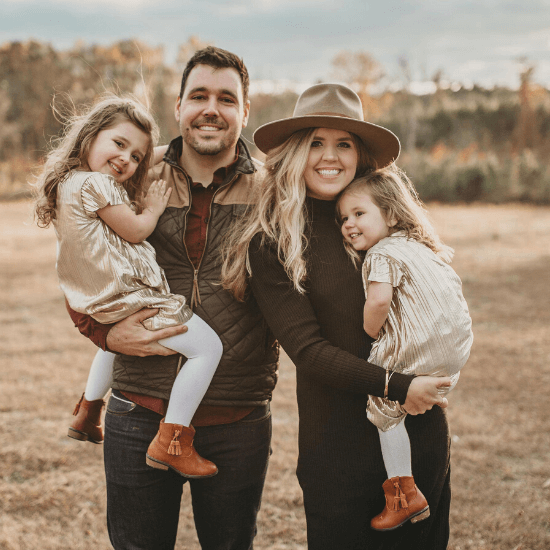 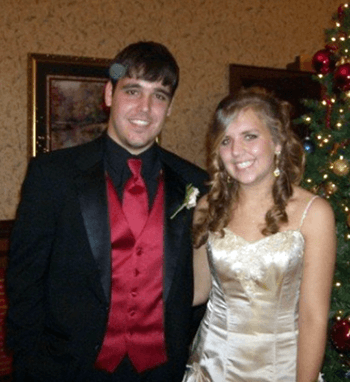 Josh Cox ’07 and Brittany Stevens ‘09 began dating in 2005 after noticing each other in study hall. They talked online via AIM, an instant messaging system, which progressed into passing notes and eventually talking in person. An untrue rumor caused their short relationship to end, but they remained friends while at Ben Lippen. They reconnected in 2010 at a church they were attending while in college and married in 2012.

Josh owns Bricker and Beam, a custom-furniture building company that has clients all over the country. Brittany is a project manager for Bricker and Beam as well as a part-time stylist at Cline’s Salon in the Vista of Columbia. They have two beautiful daughters, ages three and five, and live in the Columbia area. Josh’s mom is Mrs. Kim Cox, a long-time English teacher at Ben Lippen.

The first photo is from the 2006 Christmas Social when they accompanied other dates. The second is a photo of the Cox family.