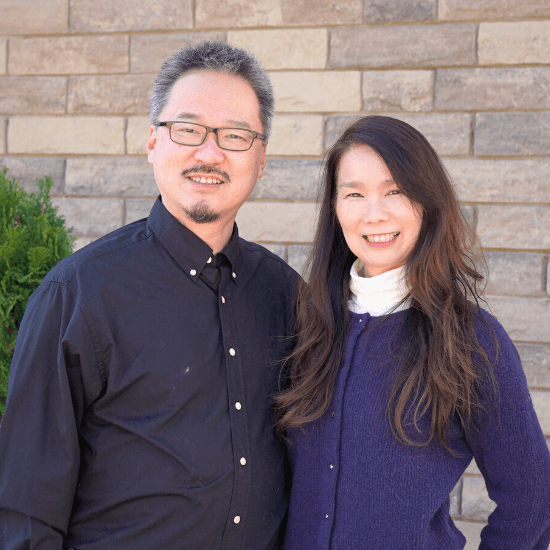 It would be impossible to tell my story apart from the mountain of trust. I came to the United States from Japan as a fifteen-year-old high school student in 1985 and had the privilege of attending Ben Lippen in Asheville, North Carolina.

When I graduated from Ben Lippen in 1988, I could have never imagined that I would return six years later to my alma mater as a high school teacher or that my children would be attending Ben Lippen not just for a few years but for their entire elementary, middle, and high school careers.

I remember being pleasantly surprised when I found out that our daughter Yumi was going to be in the kindergarten class taught by Grace Lehman, wife of my high school principal, Les Lehman. Back in my high school days, the Lehmans often opened their home to students for a movie or board games and I admired the love and kindness they showed us. I wouldn’t say it seems like Yumi was in kindergarten yesterday, but it does not feel like it’s been fourteen years. Time has certainly flown by.

Reflecting back I see what a tremendous blessing the godly, dedicated, and caring faculty, staff, and coaches have been to Daiki and Yumi. They have repeatedly reached out to them in different ways such as helping them with a class, taking them out on a special occasion, or privately praying for them. Without their investment and sacrifice, Daiki and Yumi would not be the same people they are today.

Another component I feel had great impact on our children came as a result of growing up in a boarding house. They have lived with middle and high school students from Korea, China, Cameroon, Germany, Japan, Mexico, Spain, Nigeria, Taiwan, and Vietnam, as well as the United States. They treasure the fact that they have friends from all over the world, and I look forward to seeing some of their friendships grow deeper as they mature.

Daiki and Yumi have already experienced what it is like to be in a secular collegiate environment away from their Ben Lippen home. Miki and I pray for the Lord’s protection and the strength to stand firm in their faith as they face the challenges of living in a fallen world. We believe that their experience at Ben Lippen has prepared them to do just that.

The name Yumi consists of two characters 結 and 実. 結 (Yu) means bear or make, 実 (mi) means fruit. The two put together in Japanese means “bear fruit,” and it is taken from John 15:5 where the Bible says, “I am the vine, you are the branches; he who abides in Me and I in him, he bears much fruit, for apart from Me you can do nothing.” We pray that they will daily choose to abide in Him and that they will keep Christ in the center of their lives.

Thank you family, friends, faculty, and staff at Ben Lippen School, for investing in our lives.