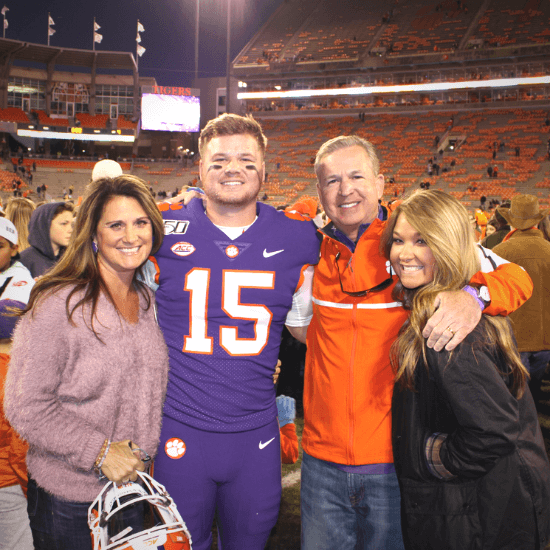 Next week, all eyes will be on the Clemson University Tigers and the Louisiana State University Tigers for the College Football National Championship Game. But before his collegiate achievements, one Clemson player got his first taste of winning in a football championship game when the Ben Lippen Falcons were crowned 2016 SCISA State Champions.

Patrick’s siblings, Thomas ’15 and Maria ’19, also graduated from Ben Lippen School. Patrick said that Ben Lippen shaped his life to prepare him for his current experiences as well as for the future. “The Lord has used Ben Lippen in my life by allowing me to meet and build relationships with incredible people,” he said. “Ben Lippen helped equip me with the tools to grow spiritually and succeed in life after school.”

No matter which Tigers end up on top, Ben Lippen School is proud of Patrick McClure and the impact he is making at Clemson.