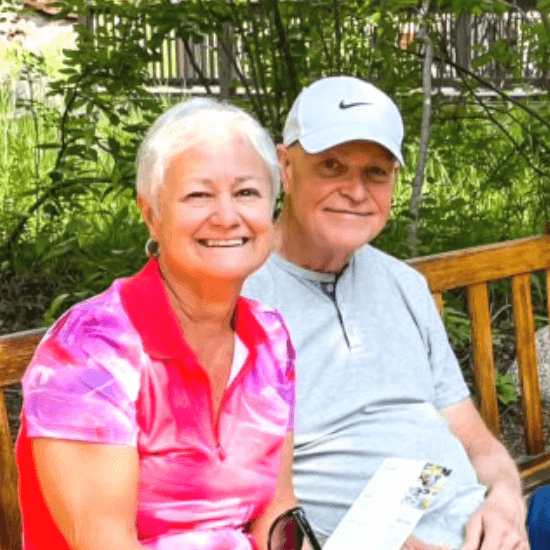 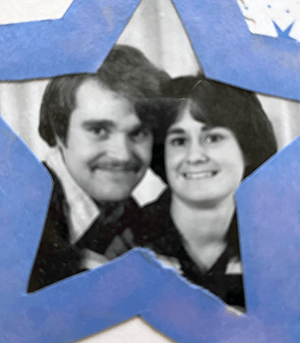 As Ben Lippen students in Asheville, the former Faith Hopkins and Ron Braswell knew each other but didn’t date until many years following their graduation in 1971. Faith said, “I don’t remember when I actually met Ron. We didn’t date until nine years later from the time we met. But Ron remembers his first time to notice me in English class. Those who know me know how short I am and what Ron noticed about me was that I was sitting up so straight in my chair, but my feet did not touch the floor because my legs were so short.”

Following their time at Ben Lippen, Faith and Ron matriculated into Columbia Bible College (now CIU). He only stayed one semester and decided to attend Bible school in Germany and explore Europe and Israel. He eventually returned to Columbia and graduated from the University of South Carolina. Following that time, he attended Wake Forest University and the University of Illinois to receive a master’s degree in Computer Science. Meanwhile, Faith graduated from CBC in 1975 and then received her teaching certification at Western Carolina University.

After marrying in 1978, the Braswells settled in Winston-Salem, North Carolina, where their three children were born. Ron’s job eventually moved the family to Oklahoma. Once their children were school-aged, Faith took a job teaching junior high math, history, language arts, and Bible at a Christian school.

Ron and Faith have traveled extensively during their 44 years of marriage. They have been to Europe, Canada, New Zealand, Israel, and India, where their youngest child and her family served as missionaries for eight years. They are avid outdoorsmen and love hiking in Colorado each summer. Ron will be hiking the Grand Canyon for the eighth time this winter! One of their joys is spending time with their eight grandchildren. They are new residents of Owasso, Oklahoma, where they moved to be near one of their daughters and her family.