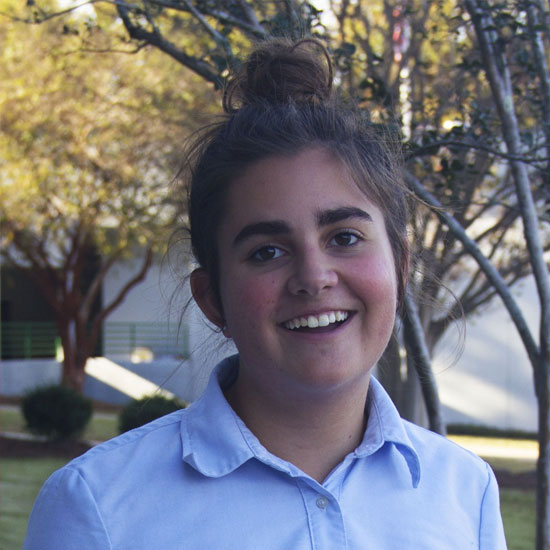 Some visitors to our website will know that Ben Lippen’s original mission was to primarily serve as a boarding school for missionary kids until as recently as the 1990s. Today, the boarding program is more commonly associated with our Asian student population. However, it may surprise you to discover that we still have some missionary kids (MKs) living in the Ben Lippen boarding houses.

Recently, the Talon Times interviewed one of our boarding program MKs, Elissa
DeTellis. Elissa is a sophomore at Ben Lippen and the youngest of four children. Elissa’s parents serve in Haiti with a Christian organization called New Missions. They live about 20 miles outside of the capital of Port-au-Prince in a place known as the Léogâne Plain. Léogâne was one of the worst affected areas of the January 2010 earthquake with estimates of as many as 30,000 fatalities. New Missions operates 29 churches and elementary schools as well as one high school which all employ local Haitian workers and teachers.

What has been the biggest surprise for you living in the Ben Lippen boarding houses?
Elissa: Well, I had known I was coming for a while, but I think the thing I was most surprised about was how little I really knew about different Asian cultures. I also thought that I would be completely acclimated to these different cultures within about a week but it is very gradual.

What is the greatest challenge living with Asian house mates?
Elissa: Probably being in your room and hearing a bunch of noise but none of it being English. Also some of the smells of the food people make makes me super nauseous.

What do you enjoy doing with your house parents and house mates?
Elissa: I love talking to my house parents and my housemates. My roommate and I stay up talking about everything that happened to each of us throughout the day.

How has attending Ben Lippen been a blessing to you and your parents?
Elissa: Being at Ben Lippen has been such an amazing blessing for myself because I have been able to have an experience living with people from other countries and getting to be more independent from my parents at an earlier age. I also have been so blessed by being placed into a community where I receive love from so many different people who care about me not just from my family. With me being the youngest child in my family my mom has been able to return to a more active role in the mission and has been able to spend more time with my dad.